PROVACUNO will premiere on November 8 the documentary series Fans del Vacuno on the Spanish online cinema platform Filmin, one of the most valued by film and documentary fans in our country. Released in 2019, the 5-part series is the largest documentary research work done in the agri-food sector in Spain, and which shows the reality of the sector. To make it possible, a team of experts traveled over 9,000 kilometers for two months, from Tarifa to Finisterre, in search of the personal stories that best convey the reality of the beef sector. A sector with great importance in the rural environment of our country and that employs more than 130,000 families in Spain directly, and others indirectly. 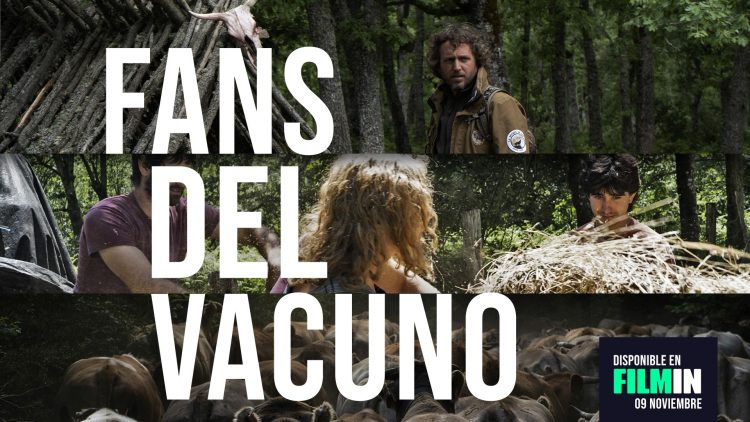 The arrival now of the documentary series to Filmin, after being awarded at the Alimentaria 2020 Brands Awards and having been selected in several national and European festivals, is a new triumph for Fans of the beef, and represents the first opportunity to view online in a of the main platforms in our country. It can be seen at the link https://www.filmin.es/serie/fans-del-vacuno.

The documentary is part of the Fans del Vacuno campaign, whose objective is to value the beef sector in our country and whose community on social networks currently has more than 130,000 followers. The documentary series consists of five chapters that deal with different topics, from animal welfare to climate change, including the importance of meat consumption for a balanced diet.

The series, in full

Chapter 1. Take care of my cows. The love and passion of farmers for their animals until the last day, the hardest of all. The invisible link between livestock and tourism. An unexpected Journey. And the tribute to one of the most popular and beloved farmers, José Pinto, a true fan of beef.

Chapter 2. Leaving the cavern. “The human being, if he had never consumed meat, he would not be a human being.” This is how resounding Professor Carlos Díez is in Prehistory at the beginning of the chapter. A journey to the beginnings of the human being, the importance of meat in our evolution, the invention of fire and cooking, thanks to the surprising story of another of our protagonists: Maite.

Chapter 3. The end of the world. There are few news that, taken to the extreme, speak of the end of our days because of cattle ranching. Through the testimony of different researchers specialized in climate change and the testimony of farmers and veterinarians, the chapter tells a practically unknown point of view. “Because the end of the world, depending on where you look at it, can also be the beginning.”

Chapter 4. Animals. “They say there are no ex-rugby players, that you are always a rugby player.” And through one of them, who shares his passion for this sport with his passion for cows and his work as a veterinarian, we will discover that they are not so different worlds. We will share the final of the league with the boys and girls of the Rugby Science Club and we will learn why meat is so important to complete a balanced diet.

Chapter 5. Let your palate speak. The Cofradía del Chuletón, a group of friends more than known by all, is the protagonist of the fifth chapter of the documentary series Fans del Vacuno. But the ribeye is only the end of the road: before that there is a butcher’s work as a craftsman and an effort by the meat industries to adapt to a demanding consumer. In addition, we will discover that there is life beyond the steak from the hand of Michelin star chefs and a group of expert lunch cyclists.

The United States announced a $ 32 million investment in aid to…